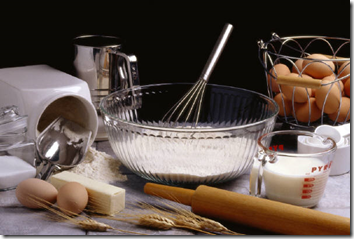 In this final post of my recent dairy free series I would like to tell you about recipes I have converted to being dairy free.  I hope it will inspire you to try dairy free versions of your favorite recipes.  You can read the first two posts in this series here:

Next week I will share a book review of Go Dairy Free and have a book giveaway!

In the recipes below I have made only a couple of simple substitutions.  I used almond milk in both baking and cooking recipes that called for milk.  For butter, I substituted Earth Balance buttery sticks or shortening sticks or Spectrum organic shortening.  I have also successfully used coconut oil at times.  Other than using Daiya cheese on pizza, that’s all it took to make these recipes.  Going dairy free has been much easier than I ever expected.

Pizza – I have two pizza recipes on this site.  The first is a large recipe and is a favorite of my family.  The crust uses powdered milk.  I have adapted it by omitting the powdered milk and using almond milk instead of water.  I always hold back some of the milk and add the rest as needed to get the right consistency.  My second pizza recipe makes a single crust and was simplified by using milk instead of powdered milk.  I also substitute almond milk in this recipe. 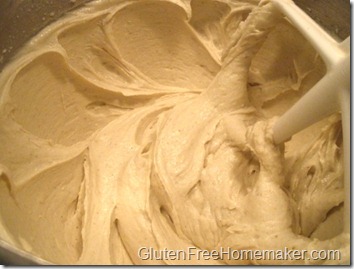 When making pizza for the family, I make all of the crust dairy free.  I then use Daiya cheese on part of the pizza and regular cheese on the rest of it. I’m careful to not let the cheese overlap and to cut within the dairy free line.  My family has not minded the switch to a dairy free crust at all.  The last couple of crusts I have made have been wonderful.

Cookies – I made several cookies at Christmas time using butter substitutes.  I was doing most of my baking at my sister’s house.  She was unable to find the Earth Balance buttery sticks and bought the shortening sticks instead.  They worked great and everyone enjoyed the cookies.  I made spritz cookies and snickerdoodles that way.  I also made sugar cookies and thumbprint cookies before I went to my sister’s and used a combination of butter substitutes. They both turned out great, but the coconut oil I added to the sugar cookies did add some coconut flavor. 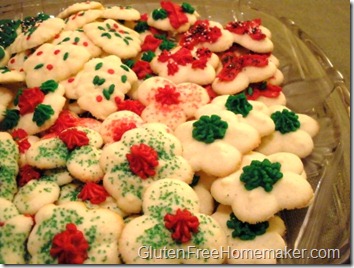 (Yes, I know that icing is full of nasty food coloring.  It was a once a year treat.)

Breads – One of my favorite bread recipes is gluten-free focaccia bread.  I also use it to make hamburger/sandwich buns.  It has always been a favorite in my family and it happens to be naturally dairy free!  If you haven’t tried the recipe, you really need to.  The bread is soft and moist and stays that way for a couple of days, making it great for lunches.  I have also made French bread rolls (another favorite) using Earth balance buttery sticks.  I tried the recipe once using Spectrum shortening and wasn’t as pleased with the results.  A little of both might work well, though.

Cinnamon Rolls – Cinnamon rolls are a Christmas morning tradition at our house.  Since we were at my sister’s for Christmas this year I prepared a mix of the dry ingredients at home.  I used Spectrum shortening sticks and almond milk to make the rolls.  They turned out great and everyone enjoyed them.  I don’t have a picture of the dairy free version, but they really didn’t look any different.

Pumpkin Pie – I really thought this would be difficult for some reason.  I guess I didn’t have enough experience with converting recipes, because I learned that dairy-free pumpkin pie is very easy to make.  I cut back the amount of liquid in my original recipe, increased the pumpkin puree by the same amount and used almond milk.  My brother in law enjoyed the pie so much at Thanksgiving that he asked me to make one for Christmas.

The pie crust I used in November was made dairy free by substituting Spectrum organic shortening for the butter.  In December, I made the nut crust that I used to use for cheesecake.  I used Earth Balance shortening sticks in place of the butter.  Both crusts turned out well.

There have probably been other recipes I have converted, but hopefully this is enough to help you see how easy it is.  I admit that I have not made any of my old favorite cheesy casseroles.  I know they could be made using Daiya or some other cheese substitute, but I know it won’t be the same.  For dinner meals I tend to go with more naturally dairy free recipes or at least cheese free (except for pizza), and I don’t think that’s a bad thing.