I ate gluten.  For the first time in over ten years, I actually ate gluten.  Not just a crumb or a bit of cross contamination.  I ate it.  But it was an accident.  It was an accident that was completely my own fault and could have (should have) been avoided.  I hope you will enjoy my little story, and hopefully, learn from it.

Last week, my oldest son brought home a cold.  It didn’t hit me like a normal cold because my sinuses didn’t feel congested.  I was tired, though.  Very tired, and my head was definitely not right.  It must have settled in my ears a bit because I felt slightly dizzy at times. 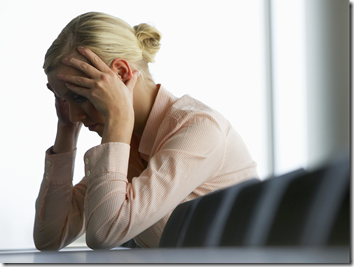 Thursday I didn’t leave the house, but by Friday I was feeling pretty good, I thought.  I needed to go to the health food store for a few things, and I took along some coupons I had for free coconut milk products.  I was sent the coupons so I could sample the products for review.  Now normally, I only review gluten-free products which usually come from gluten-free companies.  In this case, the products were dairy free, but not necessarily gluten-free.  Most of them are naturally gluten free like coconut milk or coconut yogurt, so I had in my mind that all their products were gluten free.  That was my mistake.

After getting some milk, kefir, and yogurt, I headed over to the frozen dessert section and saw some boxes of ice cream sandwiches.  They were calling to me, and I picked out two boxes.  It never occurred to me that they were not gluten free.  I never looked at the ingredients.  I bought them without though to gluten. I went home and ate a dairy free banana split ice cream sandwich.  Granted, they are mini sandwiches and pretty small, but still.  It was an ice cream sandwich.  I thoroughly enjoyed it.  At least I had that pleasure.  As I was chewing and swallowing the last bite, I thought to myself, “They did a really good job on the wafer part.  I wonder what flours they used.  It tastes just like the gluten-filled ice cream sandwiches I remember.”  Then the light bulb went on.  It was too late.  I had eaten the whole thing.  There was nothing left to spit out of my mouth.  The deed was done.  I started saying, “Oh no.  Oh no. Oh no….” 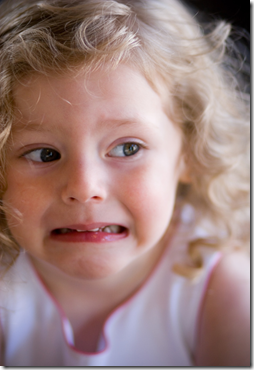 I pulled the box out of the freezer, but I already knew what I would see.  Wheat flour.  It was right there, plain as day.  How could I be so stupid!?!  I thought about throwing up, but it’s not something my body does.  I’ve thrown up twice in my life and the last time I was 14.  I went through three pregnancies wishing I could throw up, but I never do.  I knew I couldn’t make myself do it, and I didn’t have any ipecac.

I called my husband who reminded me to take enzymes.  I keep some around to take with me when I eat out.  It seems they do help reduce symptoms. I took four plus two other general enzymes.  Then I waited.  I chatted online with Shirley of gfe.  It helped just to tell someone who would really understand.  She minded me that I would need to detox.  Good advice.

Update: The enzymes that I took at the time are no longer available, but I now use Gluten Defense and I also take activated charcoal.

I ate the ice cream sandwich in the afternoon.  I was not hungry for dinner that evening and it was some time after dinner that I began to feel bad.  I had a lot of burping and felt like I could vomit, but never did.  Then I had lots of gas, and finally diarrhea.  I’m sorry to be blunt like that, but it’s just reality with celiac disease.

I do think the enzymes helped.  There were a few symptoms I did not have.  Usually, one of the first reactions I have is to suddenly become very sleepy.  I was tired for days, but I never had that extreme and sudden sleepiness.

Also, with “bigger” reactions in the past I have had intense abdominal pain.  It’s a pain that I have only had with gluten and is different from any pain I get with other digestive upsets.  I was really happy not to have that.  The thing that worried my husband the most was a mental reaction.  I have shared before about how gluten can affect me mentally.  While I was out of it, as you will see in a minute, I didn’t have any major mental issues to deal with.  I’m very thankful for that.

The next day, Saturday, I was in my pajamas all day.  I can’t remember the last time I did that.  I slept for a large part of the day and lounged around for the rest.  I ate little because I simply wasn’t hungry.  Green tea and oranges were what interested me and I figured they were good options.

By dinner time I decided I was ready to eat a little.  There were lots of leftovers and everyone was fending for themselves, buy my husband and I sat down to eat together.  I had warmed up a small plate with a little leftover curried roast and carrots.  I had one small slice of beef and a small amount of rice with the vegetable mixture on it.  Here’s where I realized how out of it I really was.

I was about to start eating when I noticed my right thigh felt quite warm.  It was unusual, and I couldn’t imagine why it would feel that way.  It didn’t go away so I put my hand there and felt something very strange.  I grabbed a hold of it and took a look.  It was my beef!  It was on my lap!  How it got there, I have no idea.  I told my husband, “This is pathetic.  I’m a mess.”  I can laugh about it now, but it wasn’t funny at the time.

It took several days for me to feel mostly back to normal, and now that I’m there I’m ready to talk about it.  When I was sick, I had no interest in sharing the story, but I think it’s a good reminder of how diligent we need to be.  I’m usually so careful, but in this case, a little illness was enough to bring down my guard.

The next time I’m at the store and not feeling up to par or just mentally distracted in some way, I will remember this accident.  I will read yet another label.  I will force myself to be diligent because it is worth it.

Have you ever made a really stupid mistake like mine?