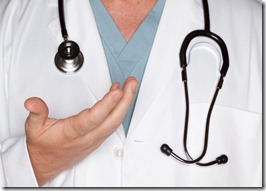 In the fall of 2000 I was diagnosed with celiac disease.  I was grateful when we finally found an answer to my problems, and although the gluten-free diet was challenging, I was feeling better.  As months went by, I regained strength and weight, and I grew more comfortable with the diet.  After about a year life was pretty much back to normal.  Well, gluten-free normal.  Health wise, I was feeling good.

In 2006 I developed Hashimoto’s disease.  In a few months time I gained 10 pounds, became depressed, fatigued, and drained.  I began taking thyroid hormone replacement medication and felt much better after a month.  Much better compared to really bad, but not good.  I tried a different brand of medication, then another.  I changed dosages and had my thyroid levels tested multiple times. 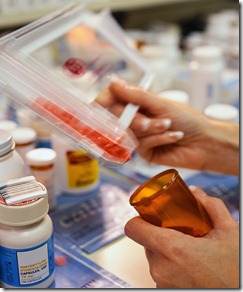 The bottom line is that I have never felt back to normal.  I have continued to struggle with weight gain, depression and fatigue.   It’s been particularly bad the past couple of months since I made a medicine change again (due to unavailability of natural thyroid medicines) and ended up taking too much medicine.  I have since cut back and am waiting for things to normalize.

Of course, I realize that other factors play a part, including my age, but if given a choice between celiac disease or Hashimoto’s disease, I would choose celiac hands down.  Sure, popping a pill every morning is much easier than following a gluten-free diet, but the results don’t compare.  The gluten-free diet essentially fixes the problem, medicine just treats it.

But I don’t have that choice, so I do the best I can, and I’m well aware that there are many other autoimmune disease which are worse than Hashimoto’s.  I hope and pray that I won’t develop those.

Do you have any autoimmune diseases?  Which ones?